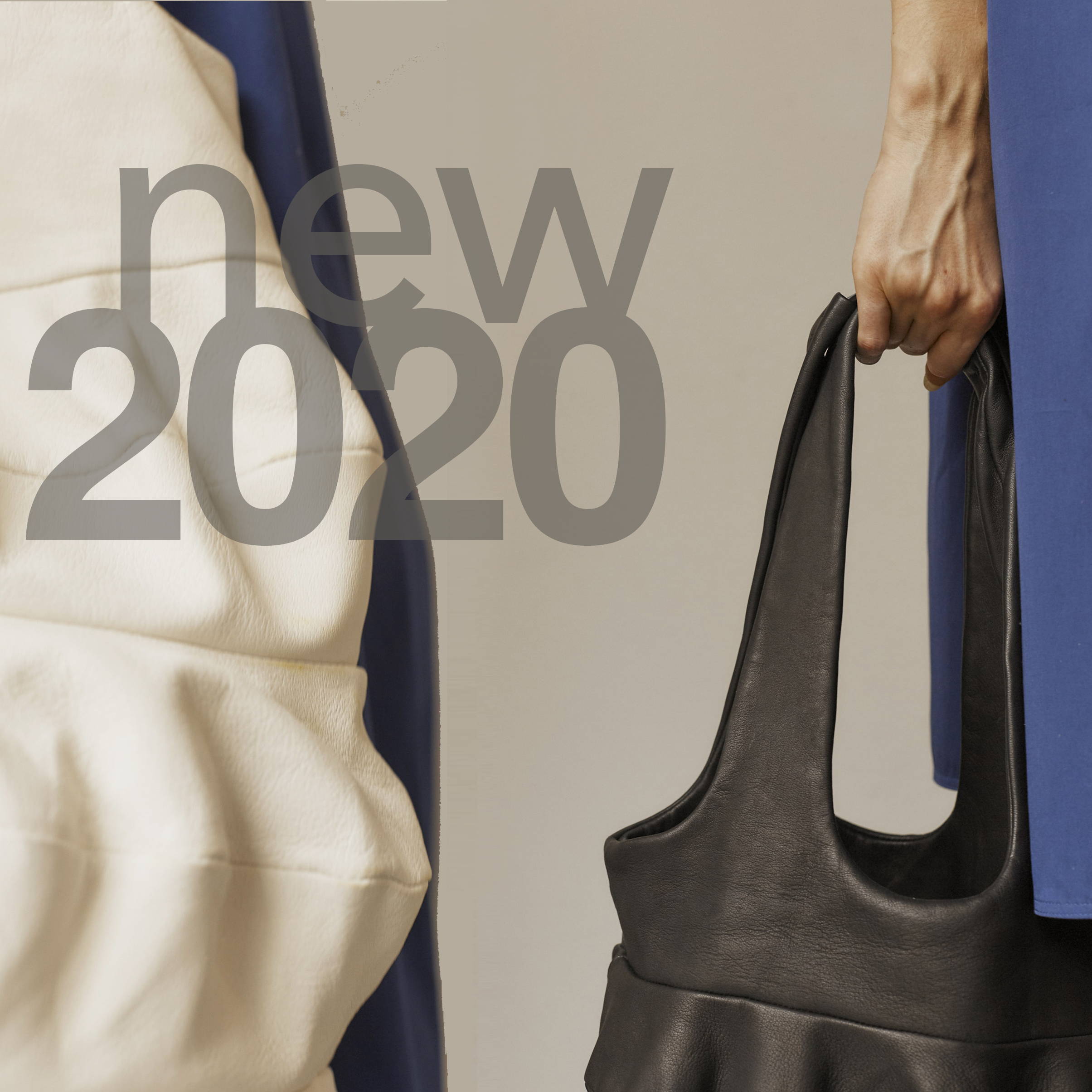 A Brief History of Arnold Circus

The latest addition to our leather bag collection is the Arnold. A quirky shoulder bag that folds entirely flat thanks to its soft, concertina circle design, it gains its inspiration from the Victorian bandstand that sits atop the gardens known as Arnold Circus, the centre-piece of London’s famous, Boundary Estate.

Our Ally Capellino shop has been located at Arnold Circus since 2005. Today, the circular street with its Victorian tenement buildings, parade of shops and raised central gardens are considered an oasis of calm and sanctuary, a surprise within the hustle and bustle of London’s East End. The buildings combine social and private housing and a community of around 1500 residents. The estate itself and surrounding area having been subject to gentrification over the last two decades. However, this is not the first time the area has been gentrified. In the early 1890s, the area hosted London’s worst slum. Social historian, Charles Booth described the area as “the rotten core of the city.” This was the territory of the very lowest levels of society, where the most desperate and deprived lived in overcrowded dwellings, crammed within sunless alleys, with no sanitation and no means of social mobility. 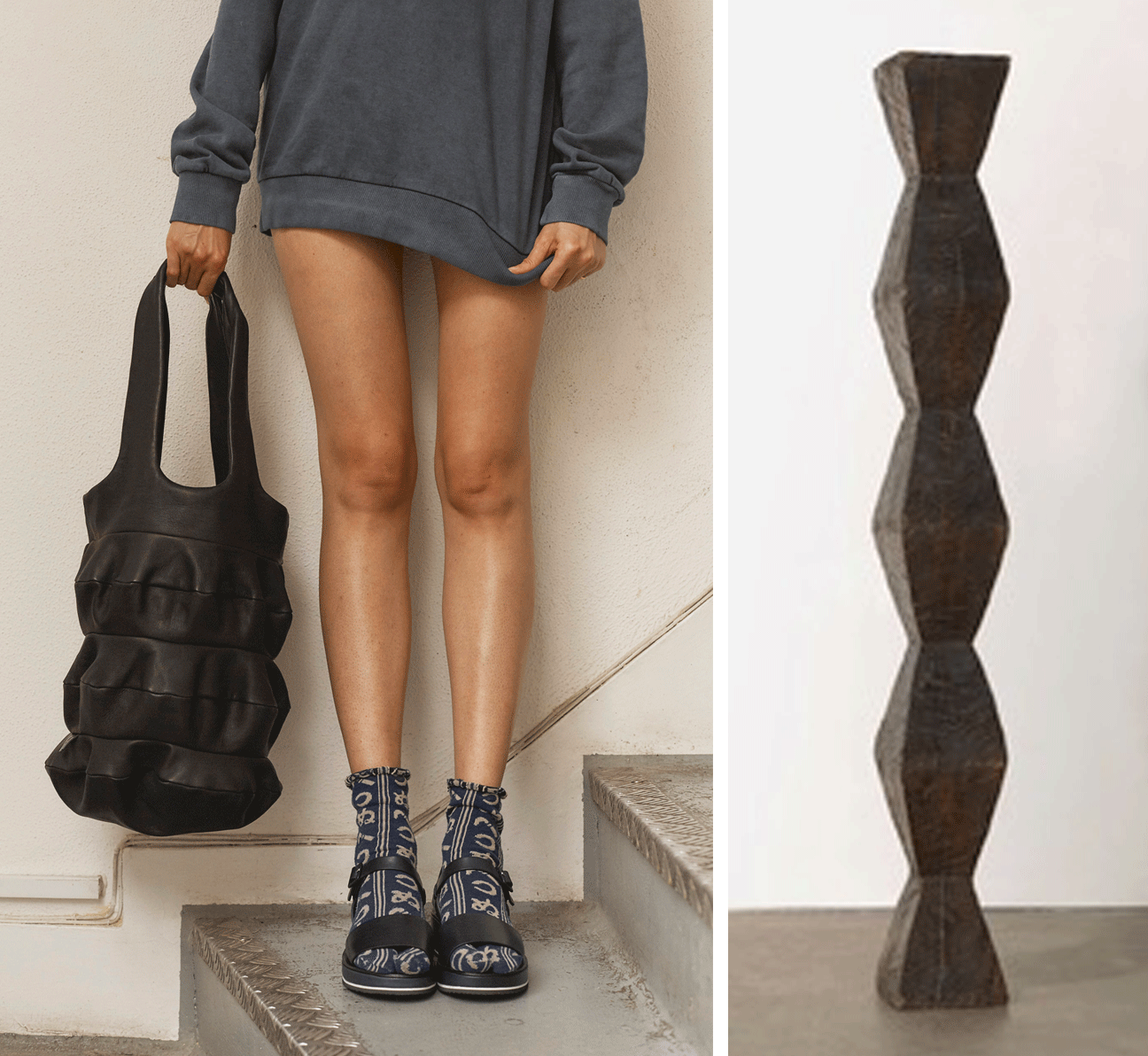 In civil planning and architectural realms, Arnold Circus is an icon. It is named after Sir Arthur Arnold, the London County Council (LCC) Chairman who pioneered the abolition of the slums, buying up the land to build not-for-profit housing, with a vision of improving the lives and welfare of the very poor. The Boundary Estate was commissioned , with the gardens or “Circus” at its focal point, conceived to bring local residents together with a communal space.

Designed by a young architect by the name of Owen Flemming, the Boundary Estate was the world’s first Council Estate. Plans for the scheme were very creative, perhaps as a reflection of the energy and idealism that lay behind the envisaged social change. Work began in 1894. The area’s streets were flattened and rearranged to fan out from the Arnold Circus circle. This was a Victorian model village; 19 blocks, five stories high, hosting 1000 apartments and 5000 inhabitants. Buildings, despite restrictive budgets were pleasing to the eye, with ornamental details making them stand out. Amenities were included in the plan, with shops, two schools and a library on site and at the heart of all of this, Arnold Circus. 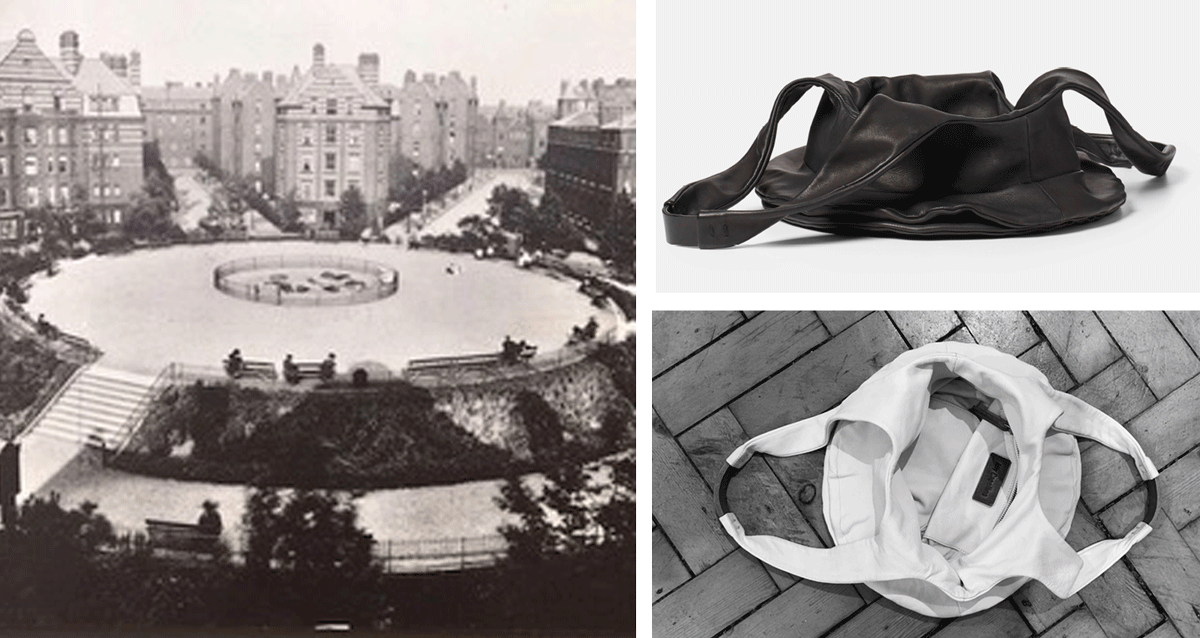 Arnold Circus was designed to sit elevated above ground level, with the bandstand at its peak. This ensured that residents had a view onto the gardens. How its scale and height was achieved was both resourceful and poignant; it was built using the rubble from the demolished slums. This saved on cart tipping but also stood as a testimony to the poverty stricken past and the efforts of the LCC to improve living conditions. Four sets of steps, located at compass point entrances led up the two terraces, culminating in a top level with its 1899 bandstand and pleasure gardens, a public amenity for all to enjoy.

History has a habit of repeating itself and the actual tale of the finished estate is all too familiar to society today. The council flats whilst subsided, for the majority failed to equate to affordable housing. Rent was priced at 10s a week, four times the cost of a room in the slums. Of the original slum dwellers, not a single person took up occupancy. Instead, they moved out to the surrounding streets, stuck within the cycle of poverty, their lives unimproved. 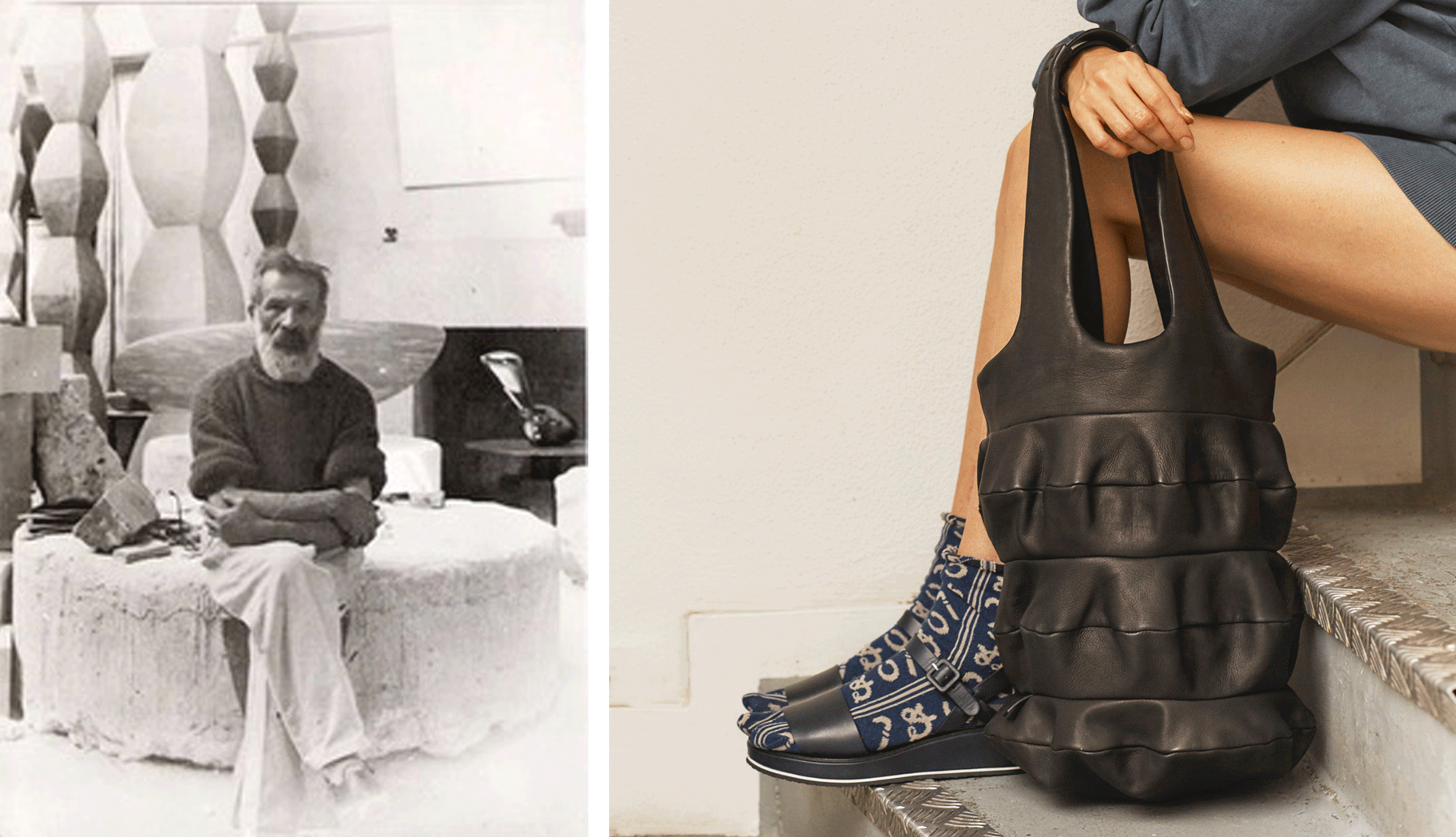 The Boundary Estate attracted a new class of residents. Upon his return to the area in 1898, Charles Booth noted a new “artisan class”, largely made up of tradesmen working within the local garment or “rag” trade. Many of these workers were of Jewish descent, leading to a thriving Jewish community that dominated the estate until 1937 when the Black Shirts won the local seat. In the four decades since the estate’s completion, the community had thrived. Jews and other faiths mixed warmly together, with the open spaces between buildings and the Circus itself serving its residents well. The decades that followed were eventful, with the area seeing its population rise and fall and the occupation of the estate fluctuating dramatically, a mirror on the socio-political state of the capital and more specifically, the East End. 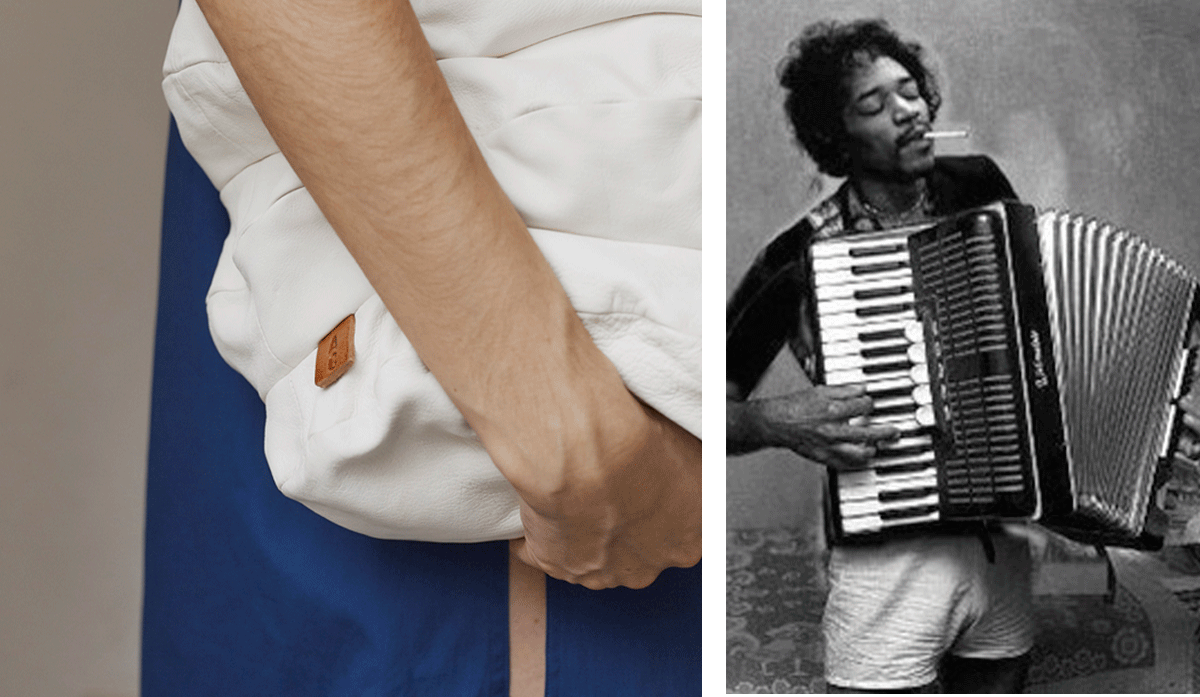 Today, the Boundary Estate and Arnold Circus once again plays host to a thriving and diverse community. An eclectic mix of design focussed shops and essential amenities (a greengrocer has occupied the same site since 1899), it is a village within the city. In 2004, the Friends of Arnold Circus was set up, its objective to reestablish and revive the gardens, restoring the bandstand and hosting events to make it once again a focal point and meeting space for its community. 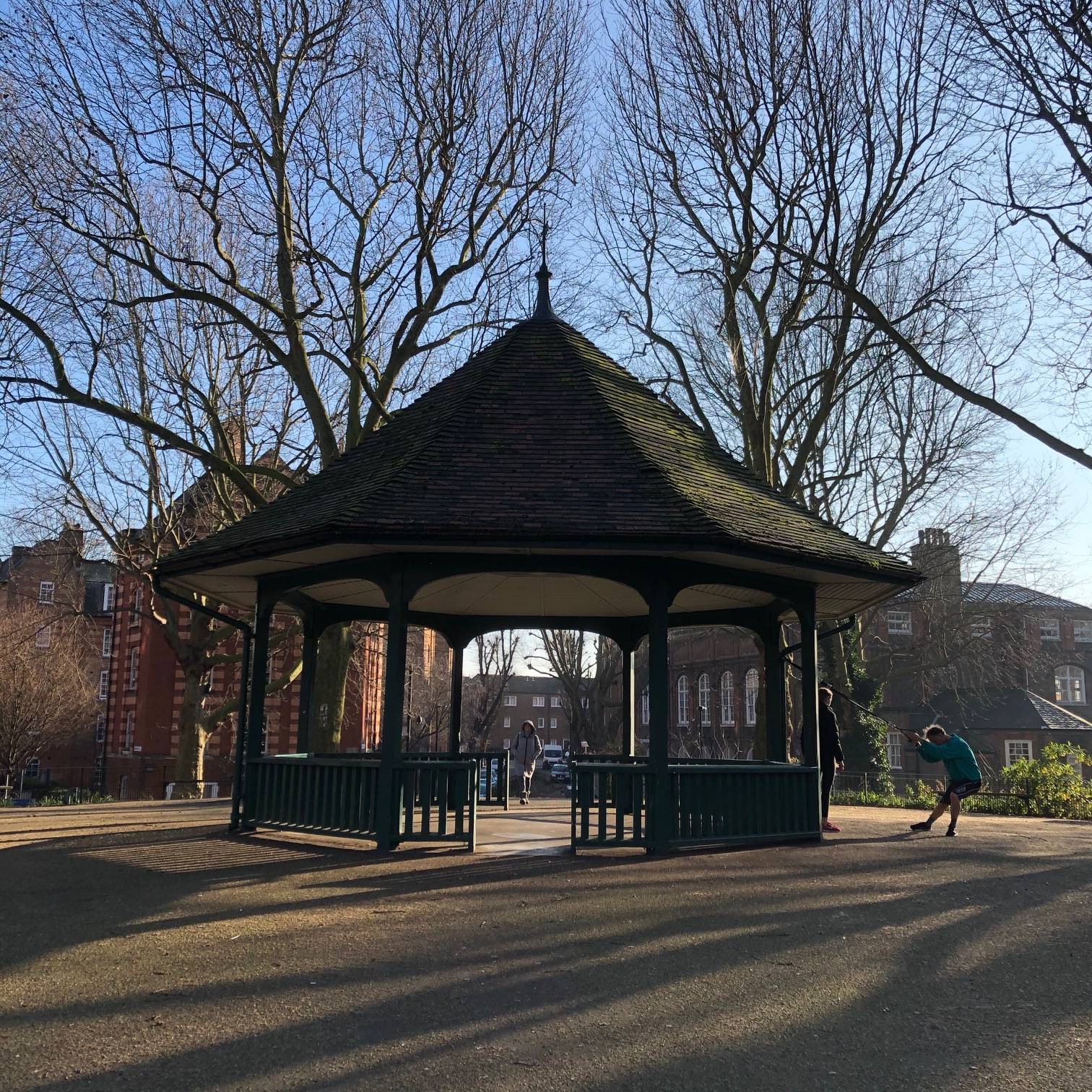 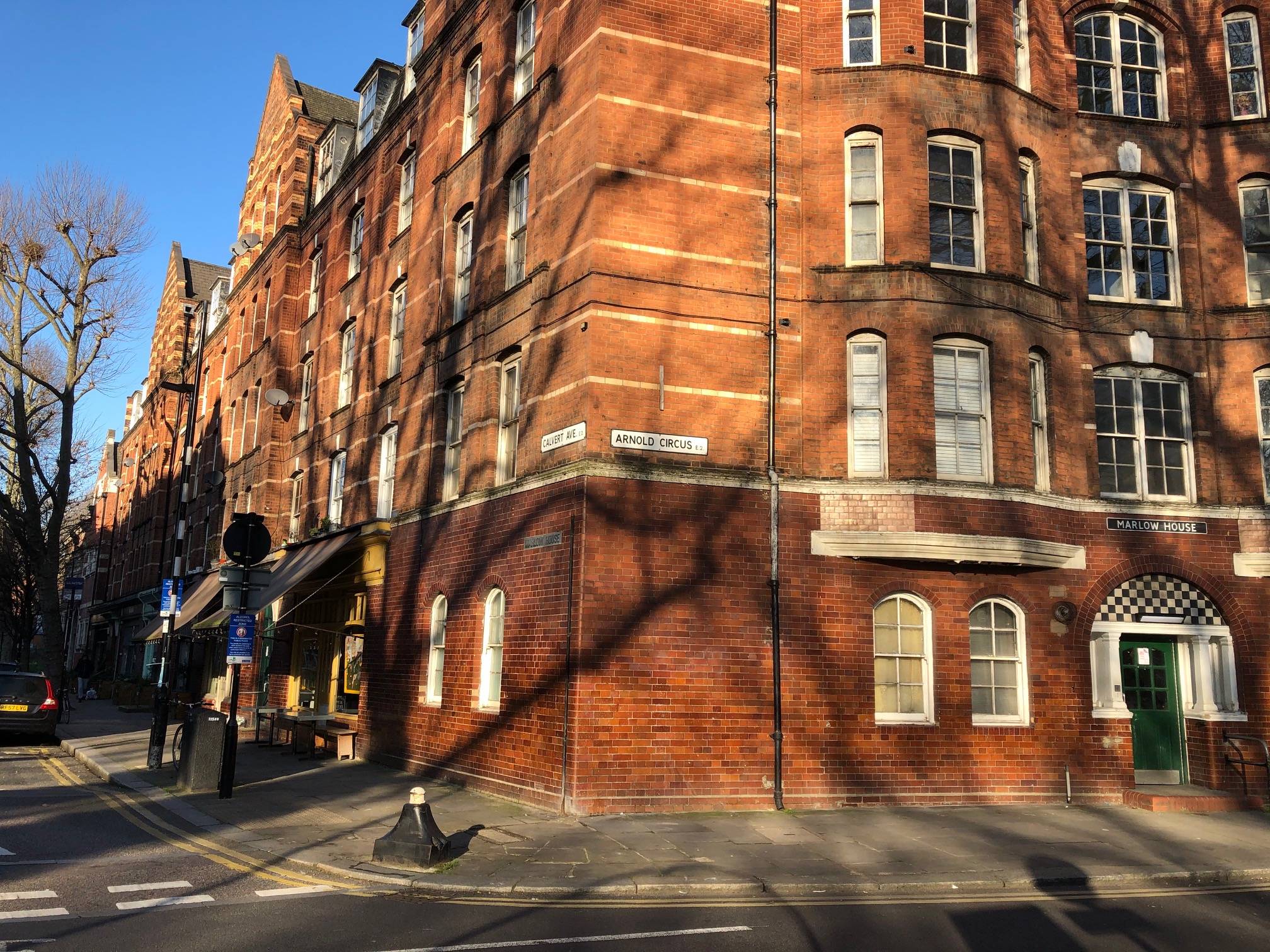 It is fifteen years since we opened our Ally Capellino shop on Arnold Circus and day in day out we have felt thankful for the location of our store. This part of the city is colourful and eclectic, mixing the old with the new and a constant source of inspiration. The Circus sums up so much of what makes London special.